Several people have asked why we haven't posted anything for a couple of months
and so for them and all of our followers, here is an explanation.

We lost our super-fit, marathon running son Lee to cancer on the 21st June.
He was diagnosed in August last year and his 2nd stem-cell transplant should
have been taking place now. It was hoped it would buy him 8 to 10 years.
He never once said why me and when we got angry he'd say it was just bad luck.
He was a thoroughly nice bloke who didn't deserve it. He leaves 2 small daughters.
This picture was taken last June and was his last race. 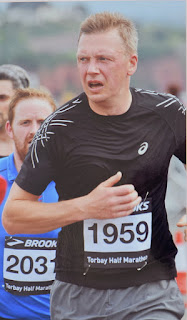 We are very grateful that the end, when it came was very swift though unexpected.
The picture below was taken 3 weeks before he died.
His funeral was standing room only and donations raised over £1700
for Myeloma UK which I guess says something about Lee the man. 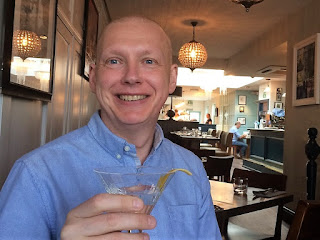 We are now starting to try to get back to some normality and
when our enthusiasm returns we will start
going out doing our thing and blogging again.
Many Thanks, John & Sue.
Posted by JRandSue at Sunday, August 27, 2017 23 comments: 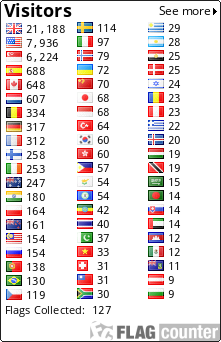 JRandSue
Here we are,on a remote plateau in India, looking like something from a Rambo movie. We like birding both home and abroad and also enjoy bird/wildlife photography.This blog will be used to show local bird images and also photos from our foreign birding trips. Our favourite local areas include Stithians, St.Clements and West Cornwall. We also like Dartmoor and Yarner Woods. Just click on any image to enlarge it. 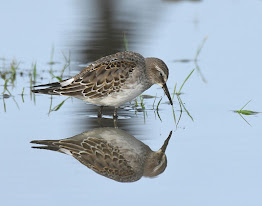